Appellate Court Rules Winn-Dixie's Website Did Not Violate the ADA

The plot thickens for website accessibility legislation and the Americans with Disabilities Act (ADA). On April 7, 2021, a new ruling came down from the Eleventh Circuit Court of Appeals about websites, accessibility, and public accommodation.

The Update - A New Rule?

The April 7th decision overturned a four-year-old decision from a lower court that had ruled Winn-Dixie’s website violated Title III of the ADA.

In its April 7th decision, the majority of the Eleventh Circuit found that Winn-Dixie’s website was not in violation of the ADA, for two main reasons:

As to point two, the court ruled that even though Winn-Dixie’s website was inaccessible by individuals who were visually disabled, individuals did not face an “intangible barrier” to use Winn-Dixie’s services. At the time, the website was limited-use (i.e. primarily informational-only, and did not provide ecommerce opportunities), so being unable to fully use the website did not severely limit individuals from accessing the goods, services, privileges, or advantages of Winn-Dixie’s physical stores (again, the latter of which are public accommodations).

This latest ruling from the Eleventh Circuit is distinctly contrary to the ruling on January 15, 2019 by the Ninth Circuit Court of Appeals. In the Ninth Circuit case, the court issued an opinion that stated that Domino’s Pizza’s website and mobile application violated the ADA, as it was inaccessible to disabled individuals.

Essentially, the Ninth Circuit said that the services of a public accommodation should fall under the accommodation umbrella as it pertains to the ADA, no matter where that service takes place.

What’s Next for Websites, Apps, and Public Accommodations?

On October 7, 2019 the U.S. Supreme Court refused to hear the Domino’s case, which meant that the Ninth Circuit’s ruling stands. However, now that there are conflicting opinions from two appellate courts, if either of the two cases were brought up to the U.S. Supreme Court, it may feel compelled to provide clarity on how to apply the ADA to websites and apps for individuals with disabilities. 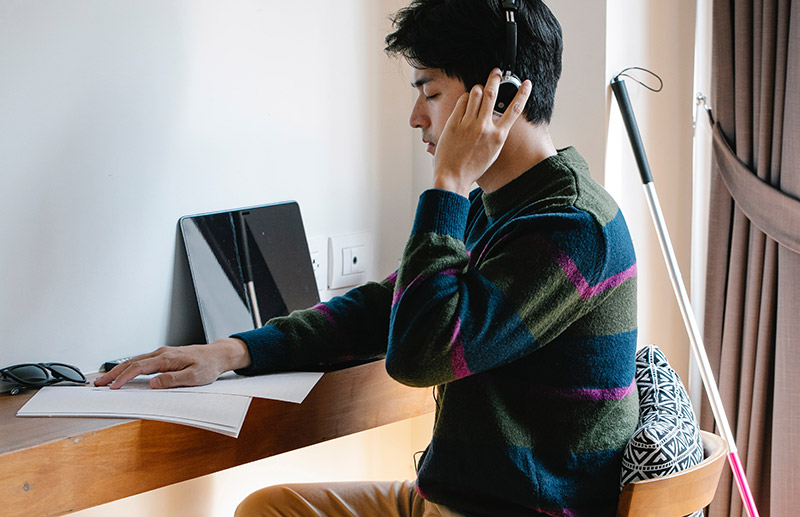 In the interest of being pragmatic, we do not get into the nitty-gritty of what is and isn’t a public accommodation. That’s for courts to decide, and we are not lawyers. If you have a question about the legality of your website or app, please consult a lawyer.

Ultimately, we believe all websites should be accessible to the widest range of users, including but not limited to those with disabilities, and as such, we follow the industry standard Website Content Accessibility Guidelines (WCAG).

We approach all websites the same way when it comes to accessibility, regardless of their purpose or designation. You can see our writings on disability and accessibility concerns here. And, as we get more information, you can be sure to see an update here on our blog!