When marketers started doing LGBTQ marketing, they were specifically targeting their message to gay men and occasionally lesbians (and many still are). With an LGBTQ population estimated at around 5%, companies had to decide if the ROI was there to target this audience.

Absolut made headlines in 1989 when it began advertising in gay magazines “The Advocate” and “After Dark”. There were other pioneers, like Ikea and AT&T, that helped lead the way, but times are different now, and inclusive messaging is speaking to a MUCH wider audience.

In a recent YouGov survey, 20% of young people identify as LGBTQ, and Hospitable Me presented at the New York Times Travel Show recently that 52% of 13-20-year-olds identify somewhere on the spectrum between “straight” and “gay”. Those aged 18 to 24 are now eight times more likely than they were in 2015 to identify as bisexual. The Williams Institute at UCLA says the percentage of trans adults, who identify as such, has doubled in the last 10 years.

When you consider supportive friends and family of LGBTQs who also respond positively to inclusive messaging, what you thought was speaking to only 5% of the population is, in fact, speaking to upwards of 75% of it. Having inclusive messaging and imagery is the most important thing you can do right now. What do we mean by “inclusive”? We’ve created this nifty guide to get things started!

Every company is different, talk to your current customers to find out what’s important to them. They will have the best insight for what they are looking for from you. Try mixing up your media, by placing it in both mainstream and LGBTQ-owned publications. I have always advised not to run a “mainstream” ad in gay media, but I will make an exception if you have elevated your brand to include an inclusive, welcoming message. Lastly, acknowledge there is more than just male or female - look for places in your customer journey where you can include transgender, nonbinary, genderfluid and genderqueer individuals.

Need help? Ask us. After all, that’s why we’re here. 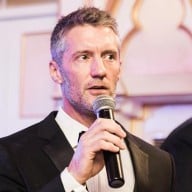 Written by Dustin Woehrmann
I landed in New Orleans and love this city full of culture and creativity. Love coffee. Love being creatively challenged. Have grown to like brussel sprouts.