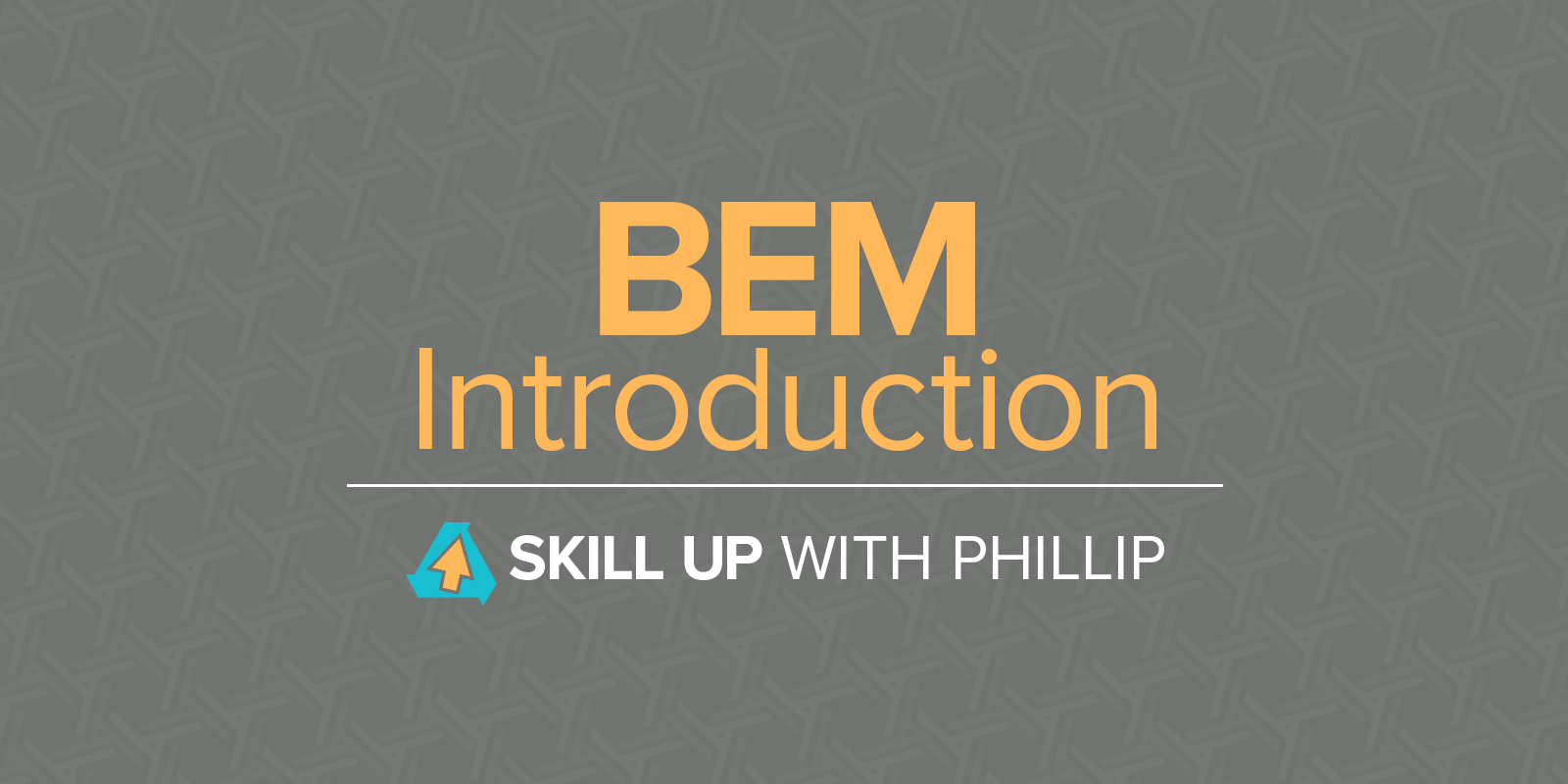 The times are a-changin’ in web development. Back in the day (a couple of years ago), a single web page was thought of as, and designed to be, the purveyor of information. The page was a single unit, with many elements such as headers, navigation, images, footers, among other things. The world was grand, until The Proliferation of Every Device, Ever.

Suddenly, more devices were viewing our pages. Things like BlackBerrys (remember PDAs?) were able to browse the web followed by smart phones then tablets. We are now in the Internet of Things where smart tvs, gaming consoles, wearables, refrigerators, and more are connected to the web.

With the explosion of mobile apps and social media, content is consumed at a higher rate and in different contexts. Users are viewing smaller chunks of content, microcontent, on Facebook and Twitter feeds, apps, and push notifications. The web “page” is now an aggregate of information instead of a single unit; a feed of related content.

The web page is still an important delivery method, however. Responsive web design (RWD) came about as a solution to the near-limitless screen size variations and allows developers to resize and reflow UI elements and content. RWD revolves around a CSS grouping called the media query, which, well, queries the viewer’s media (the output device). For example, if a screen is wider than 600 pixels, a developer could tell the images to be smaller, or on a wider screen, footer content can become a sidebar. This flexibility insures that content can be accessible on all screen sizes. Unfortunately, this same flexibility adds complexity and can often lead to unmaintainable, buggy, and bloated code unless there are organizational systems in place.

BEM, which stands for Blocks, Elements, and Modifiers, is one of many methodologies developed that address the idea of having blocks of elements. BEM defines bits of a user interface (UI) as independent, reusable blocks. Blocks have zero or more elements, and each block or element can have a modifier. A block can be anything: a content feed, a single piece of content, a contact form, a header search field, anything. Here is a visual representation of what I’m talking about. 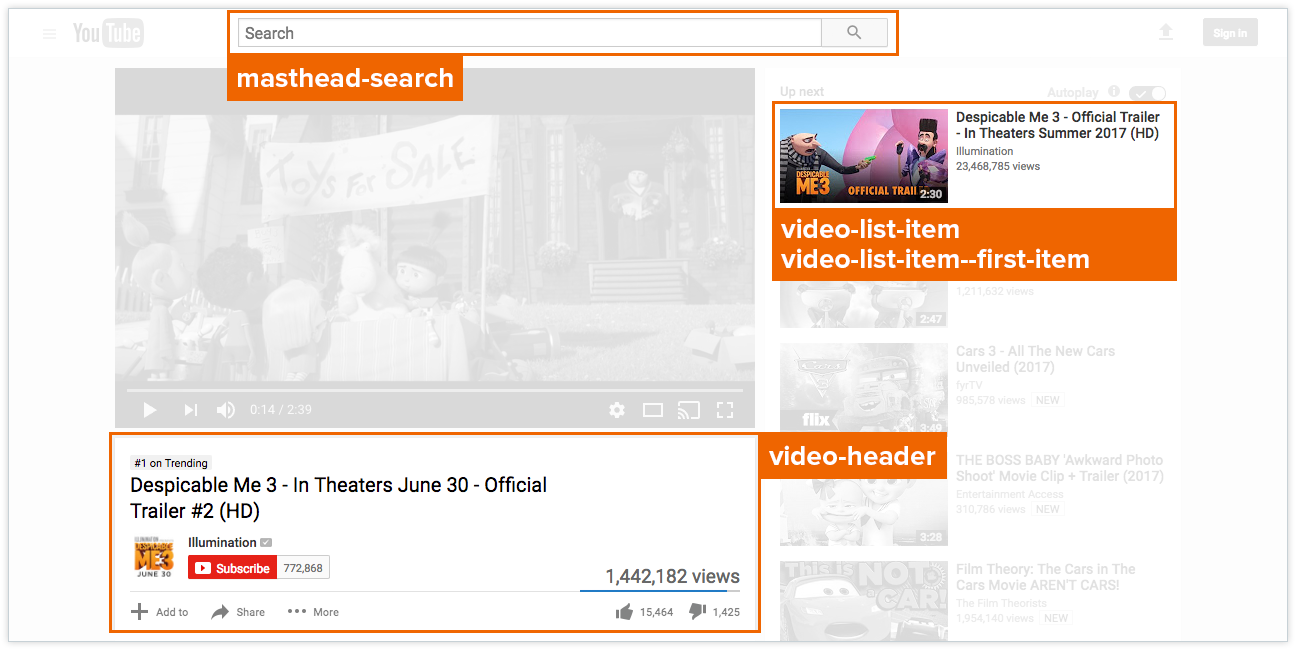 Using YouTube as an example, here are some potential blocks identified. Notice the video-list-item block has a modifier, --first-item.

Starting with blocks, there are a few that stand out. The masthead-search and video-header blocks appear once on this page. The video-list-item is a block that repeats for each video in the sidebar. I’ve added a modifier to the first one to allow for different styling.

The next image identifies potential elements within the video-header block.

Breaking down the video-header block into potential elements. I’ve removed some elements for clarity. Note that some elements appear inside of other elements.

View this example on CodePen.

Above are two author bio block COMPONENTS, denoted with the c- namespace. Each component has the name and excerpt elements and the first bio is the latest as evidenced by the --latest modifier. The benefit of using BEM is that the code is self-documenting. Another developer could quickly glance at this code to get a sense of what’s going on and make adjustments without worrying about breaking something unrelated.

The above example is intentionally trivial because I wanted to quickly convey the idea. It’s an example you’d see on any blocks, elements, and modifyers introduction. In practice, however, there are situations that arise which trivial examples do not answer. When I was first learning this, I often felt uncertain and frustrated because these basic examples do not address complex situations.

For the next iterations, I will give tutorials that demonstrate my own growing pains and how I solve them in more complex applications.