Earlier this year Communify entered and won several local Addy Awards for our client work in advertising. We are currently in the running on the National Level so wish us lots of luck, the competition is strong!

The American Advertising Awards are the largest creative competition in the world with over 40,000 local entries competing in 200 markets coast to coast. Creatives start at the local Ad Club competitions, a local win bringing them to one of 15 district level competitions. Winning an ADDY at the district level is the second step in competing for a National ADDY Award.

“One Time in NOLA with Varla Jean” was judged by a by talented and dedicated group of advertising professionals in District 7, and won GOLD ‘Best in Show’ for our partners New Orleans Tourism in the category of Film/Video/Sound Branded Content & Entertainment Campaign. This campaign will be moving on the national level, along with all the other gold winners from every district.

“Halloween New Orleans 2018 Carnival,” our work for partners Halloween New Orleans was awarded a special ‘Mosaic Award’ at the district level. The Mosaic Awards recognize companies and agencies whose commitment to diversity and inclusion is evident through their creative work and organization-wide initiatives. For 35 years, Halloween New Orleans has been raising money for Project Lazarus, an assisted-living home for those with HIV/AIDS in New Orleans, and Communify has donated marketing services for the past 9 years. 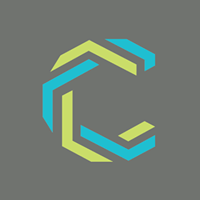